GOT season 8 and the Many Shocks

So Game of Thrones season eight (GOT) has started and it has got everyone talking, from episode one down to episode five that just aired, we have been wowed with our mouths wide open. First it was the battle between the humans and the Knight King and his armies, that battle got me at the edge of my seat all through, who would’ve thought that a whole episode that’s about an hour plus will be filled with intense fight scenes, and I think none of us saw it coming when Arya Stark killed the Knight King.

After that episode social media was flooded with memes praising Arya and calling her the hero of the day (which she was) and with this mindset we all thought she’d be the one to end Cersei in Kings landing when she rode with the Hound to achieve that aim; but we had a different thing coming. After Tyrion begs Daenerys to pull her men from the city when they hear the bell, to which she agreed, I already knew she had something up her sleeve. She was very hurt and incredibly angry that Cersei killed one of her dragons and Missandei, her loyal attendant and that for us was the game changer for episode 5. 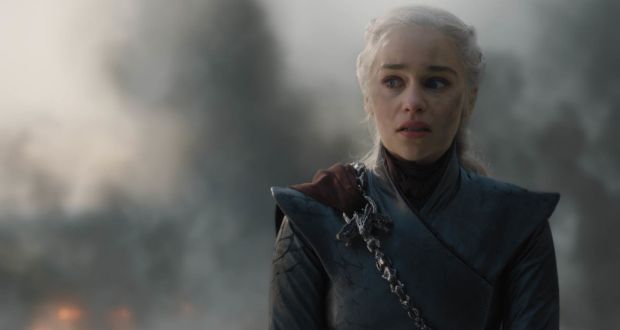 The writers gave us the shocker of our GOT lives, all through season 5 Danny showed her true nature, she actually did what she promised some seasons ago “cities will burn to the ground” not minding the innocents who die in the process, that’s the wrath of a vengeful queen desperate to display her power. Our dear Arya was caught up in the mayhem as she also ran for her life, but that girl gets more than nine lives sha, she has been in many near-death experiences yet she always manages to come out alive. Another scene that stood out in episode five was the fight between the Hound and Sir Gregory, his brother. Mehn that guy doesn’t know how to die, no matter what the Hound threw at him, he realized that the only way out was for both of them to die together and that’s exactly what happened when he plunged forward to push Sir Gregory off the burning and collapsing castle, they both fell and that was the end. 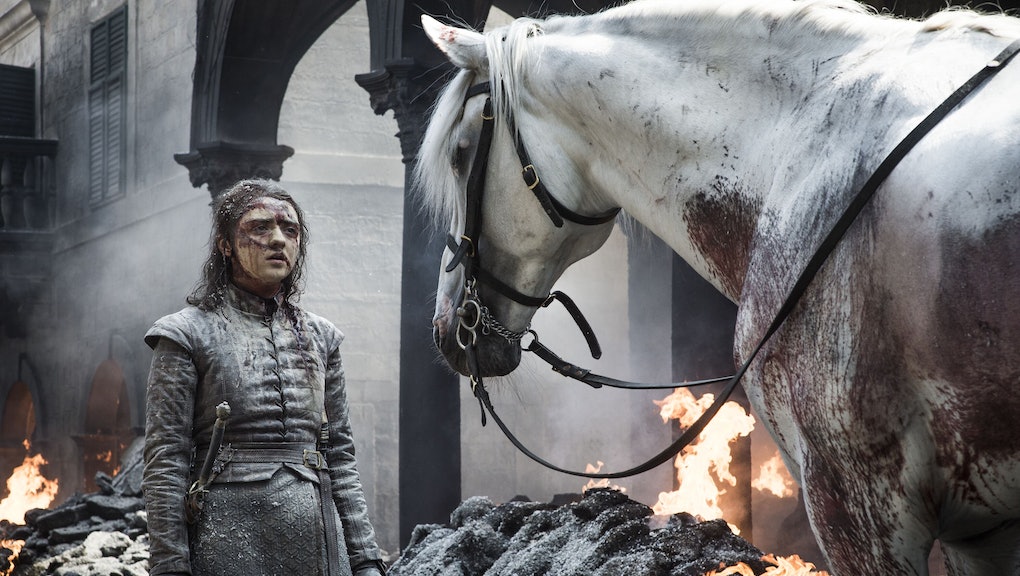 It’s believed that Cersei is dead, she died with her brother/lover Jamie and she cried like I’ve never seen her cry before, this was a woman that exuded so much confidence and power, she believed that nothing could ever stop or harm her, yet when faced with actual death she cried like a baby and begged Jamie not to let her die. Her city and castle were raised to the ground and she couldn’t do anything. As expected, social media is abuzz with Memes and conflicting opinions with many calling Daenerys a mad queen without a heart, others loved what she did and cheered her on, in fact, it’s something else online.

Watch Also: Episode 5 of GOT 8 Revealed

The writers of GOT have shown creativity in their ability to wow us and keep us in suspense at the same time, these are what makes the series a must watch. When can we have series writers in Nollywood that can provide us with this kind of mind-blowing, suspense-filled, and great fighting scenes content? I’ll leave that for you to answer later. Meanwhile, do you think Daenerys was too cruel to the people of Kings Landing?

Read Also: How Rumour has It Season 2 – Episode 11 Ended