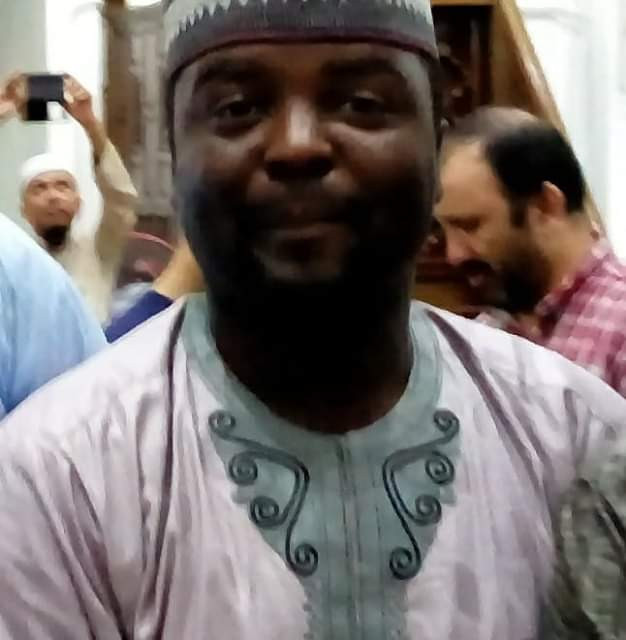 A graduate of the University of Birmingham, Dr. Auwal Mustapha Imam has written a controversial piece on the Hausa Film industry, in which he claimed that some of the actresses are lesbians while most engage in prostitution. Read below:

A veteran Hausa actor Malam Ibrahim Mandawari about 13 years ago complained of how the Kannywood actresses became rich overnight. He stressed that his years in the industry alone was more than the total age of most of them, but he did not have what they had in few years they spent in the industry. That was in those days when all they had was a little compared to what they are having/getting now. And, in those years, most of the current actresses did not join the industry. Some of them were in their husbands or parents houses.
What Ibrahim Mandawari was trying to point out was that a lot of them were only using films to advertise themselves. This is true because we have seen how they run a fancy and buoyant life out of their usual earnings. We are also aware of how big and rich men sponsor those celebrities to trips around the globe. So in essence, if truly they live this joyous and rich life within their legitimate earnings without engaging in prostitution, why are their male counterparts not as rich as they are? We recently gathered about N270 through an Instagram group NORTHERN HIBISCUS to Chiroki who is battling for survival, selling “kunun aya”. Now imagine if he is also a woman.
What we are seeing now is a total disgrace to the image of Hausa culture hey claim they represent and Islamic tradition they came from. They spoil children’s training instead of teaching virtues, norms and values they ought to. It is true most of them are promiscuous. We know what it takes a lady to start acting in Hausa movies. They have to give themselves out to producers and directors, at most times, to even the person introducing them into the industry. They enslave and exploit the girls in the name of what they call ‘kan ta waye’, meaning ‘before she get exposed’. A person introducing them exploit them sexually first because he knows he won’t be able to get them once their customers set eyes on them, She will one day be richer than even him.
Some of us going to Kano know all these. We know where they gather, the hotels they stay and what they do. This is the reason many responsible parents ban watching Hausa movies in their houses. In my father’s house for instance, it is prohibited to play those movies, except out of our father’s knowledge. He has done his part by making sure his children are not exposed to that irresponsibility in the name of entertainment. We can all tell who are their customers. Our leaders and politicians are undoubtedly their customers. I once met one of them in Cairo sponsored by a politician ( I’ll not mention name), he later met her there and they stayed for two weeks. They ask them to get visa, travel to a particular country, lodge in a hotel and wait for them. Then they tell their families they are travelling abroad. No wonder they are now dominating even our political space. Our politicians are now finding pleasure in engaging them in campaigns, but the real motive is hidden.
The fact that some of them are even lesbians is true. I know a hotel in Zaria they visit and stay throughout some weekends. A friend once went there to drop a parcel for one of them, and unfortunately he saw a girl he know inside a room with  some of them almost naked robbing and romancing each other and at the same time taking syrups and other drugs. The girl is now a professional lesbian in Zaria, recruiting many young girls into the act courtesy of her association with Kannywood actresses.
What happened recently between Hadiza Gabon and Amina Amal is further revealing what they really are and what they stand to represent; promiscuity. Gabon has the gut to confess that Amal approached her with demands but she refused. What made Amal to have feelings for her is another question, but one can’t visit a market he knows a certain commodity can’t be found in. But the fact remain, most of them are promiscuous and lack morality to be celebrities to our children. This is the reason responsible Kano people rejected padded proposal by Abdulmumini Jibrin to establish a film village in Kano, which would eventually turn recruitment center for prostitutes and harlots, or even gay advocacy center in the name of entertainment. Is left for parents to monitor who becomes their children’s role model.
Auwal Mustapha Imam 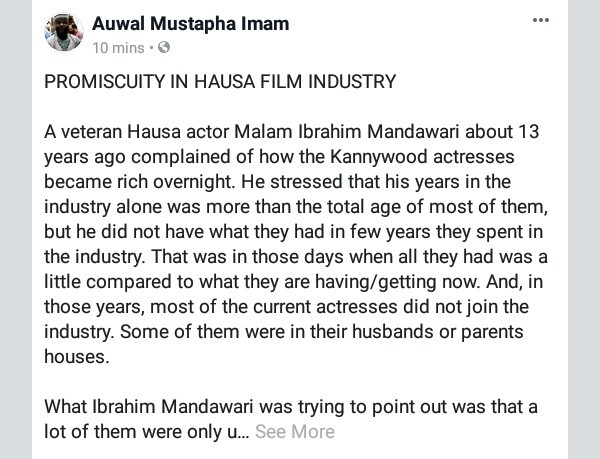