Comic Actor, John Okafor popularly known as Mr. Ibu shared a video on his Instagram page to debunk a rumor his health condition after it was reported that he had suffered a stroke but alas the actor has revealed that it was his sister, who instigated the fake news. 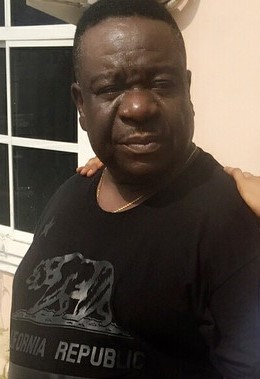 According to him “I don’t know what actually happened; one of my sisters was also part of the rumor mongers.
She just opened a media house; so she is looking for a way to make her brand go viral. I feel she should have consulted me before spreading this kind of news and I would have given her another angle to explore such that it would not affect my image.
The sister Chioma who recently opened a new media firm instigated the rumor to boost her readership and attract followers to her new platform.

According to e-Nigeria which first broke the news “We also spoke with Mr. Ibu’s younger sister Chioma at 2.31p.m. on her Glo line ending with … 2135” They further stated that Chioma confirmed that the brother (Mr. Ibu) had a stroke and also confirmed that he was fast recuperating and that it was a spiritual attack.

The popular actor further stressed “I have forgiven my sister for what she did. I am alive and well, my wife was very angry over the news and wanted to take action but I told her not to do so.

I’ve left it to God for Him to defend me.”