Blessing Egbe, the brain behind The Women movie and the TV Series ”Lekki Wives”,  has released the trailer for her movie THE TEN VIRGINS. The movie is inspired by the Biblical parable of the same name is the story of ten virgins who are betrothed to a great prince and must remain faithful and pure until he returns from a seemingly infinite journey.

Featuring a cast of mostly new but talented actors, The Ten virgins is highly symbolic and represents the relationship between Christ and the church universal. The movie is Written, Produced and directed by Blessing Egbe, The Ten Virgins is told with a lot of compelling theatrics and Egbe says she cannot wait for a final release. 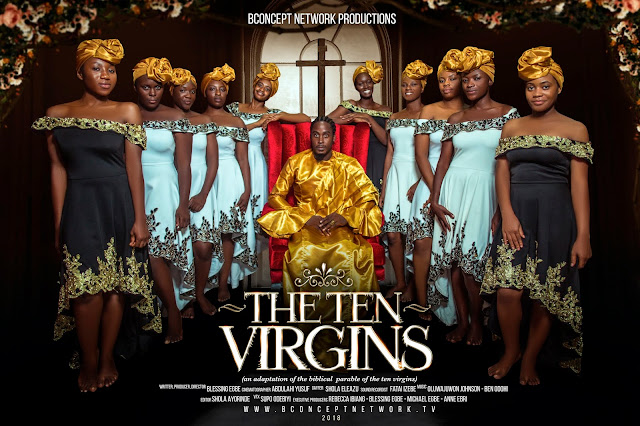 Read Also: The movie ”The Women” was illustrated by a cast of wonderful actors.